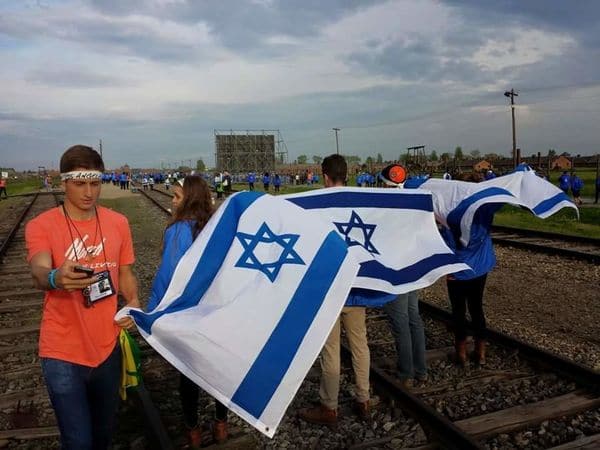 Several Massachusetts 17 year-olds participated in the 2017 March of the Living. At a recent post-event reception in Sharon for participant families, prospective participants, and supporters, three teens discussed what they saw during the unique two-week journey to Poland and Israel and how it dramatically changed their outlook and their lives. This year’s MOTL brought together 8,000 teens from around the world to gain a deeper understanding of the importance of fighting prejudice wherever they see it, and the historical significance of the State of Israel. Recruitment is underway for 2018 scheduled for April 8 – 22.

Participant Micha Salzberg said, “Nothing could have prepared me for what it would feel like to really stand in the cattle cars, walk through the gas chambers, and march with thousands of other Jewish teenagers like me in the place where so much of family was murdered.”

Participant Beatrice Fellman said, “March of the Living not only gave me a stronger connection to the Holocaust, but to Israel. To see where my great grandfather was murdered and to immerse myself further into the history of the atrocity that my grandmother survived is an experience I will take with me forever. I have a deeper understanding of the effect Israel has on many people who live in fear that we could one day be targeted again. I have such a huge appreciation for the knowledge that I gained on this trip.”

17 year-old Chelsea Haime said, “This made my first trip to Israel all the more powerful because I have seen the lowest point in Jewish history, and then the beauty of Israel. Among high points were celebrating Shabbat in Jerusalem and seeing the Wall, walking from Tel Aviv to Jaffa, shopping, and the beauty of Safed, as well as marking Yom HaShoah in Haifa. I want to thank you personally because this trip had a tremendous amount of meaning that I will never forget.”